Also included in "Dark Fields of the Republic" are Gardner's portraits of President Abraham Lincoln and other leading figures, both military and civilian. His best-known work, the museum's "cracked-plate" photograph of Lincoln, will be on view for this exhibition. The sitting on Feb. 5, 1865, took place mere weeks before Lincoln's assassination in April. The glass plate cracked, and Gardner created only one print before throwing the plate away.

The show also documents the course of American expansion as settlers moved westward after the war and includes landscapes and portraits of American Indians. Gardner's landscapes, with their sense of almost limitless horizons, juxtaposed with his detailed portraits of Indian chiefs and tribal delegations, have a haunting specificity and gravity. The exhibition is curated by David C. Ward, Portrait Gallery senior historian, with guest curator Heather Shannon, former photo archivist at the Smithsonian's National Museum of the American Indian, and research assistance from Sarah Campbell.

"Dark Fields of the Republic: Alexander Gardner Photographs, 1859-1872" is funded by members of the exhibition's leadership committee. The co-chairs for this philanthropic committee are gratefully acknowledged: The Abraham and Virginia Weiss Charitable Trust, Amy and Marc Meadows, in honor of Wendy Wick Reaves; The Stoneridge Fund of Amy and Marc Meadows; The Abraham Lincoln Bicentennial Foundation; Peter and Rhondda Grant; Mr. and Mrs. Robert Uhler; and Kate Kelly and George Schweitzer.

"Those with an interest in the Civil War, and Lincoln, will find the show thoroughly absorbing, but it is far more than a Civil War exhibition. Curator David Ward is sketching a larger picture of America in the late 19th century, a country transformed by war, disillusioned yet ambitious, moving seamlessly from internecine strife to genocidal violence against its native population." 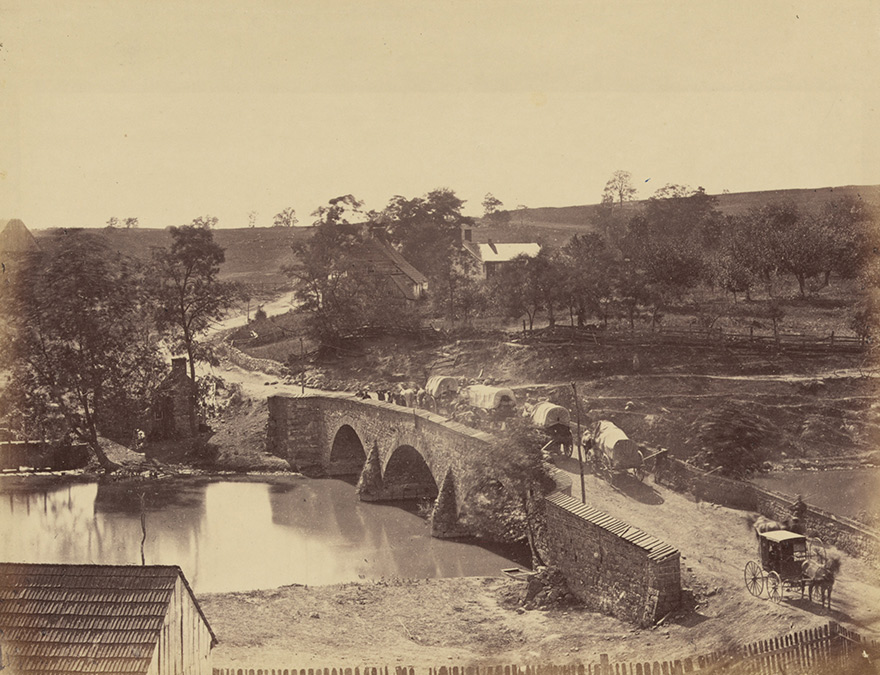 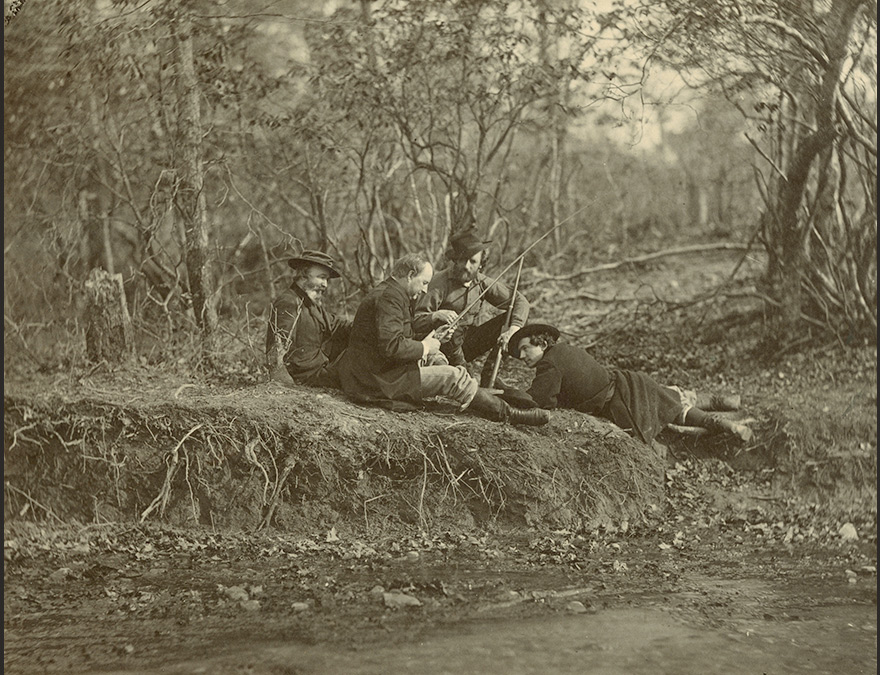 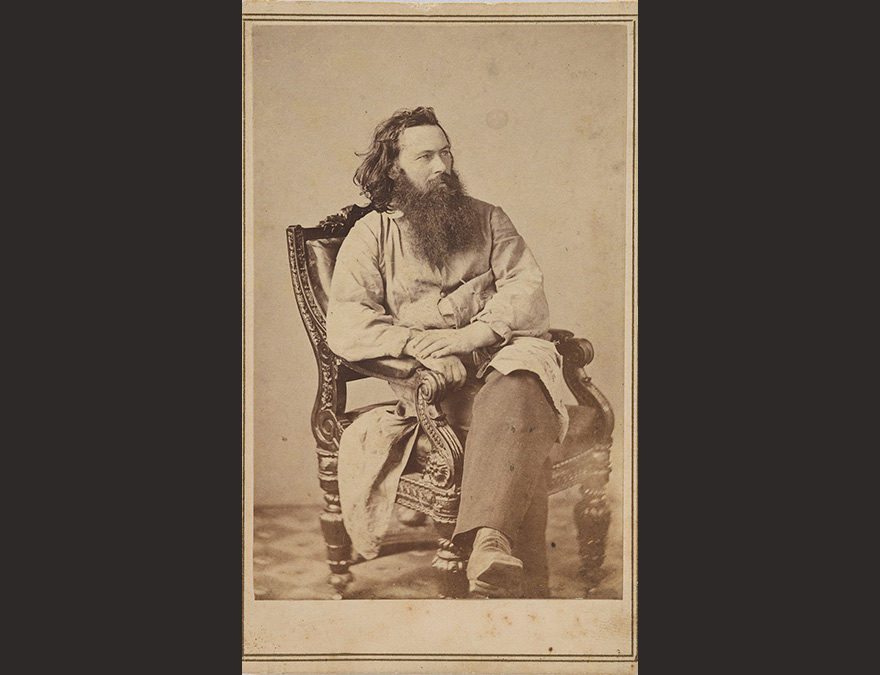 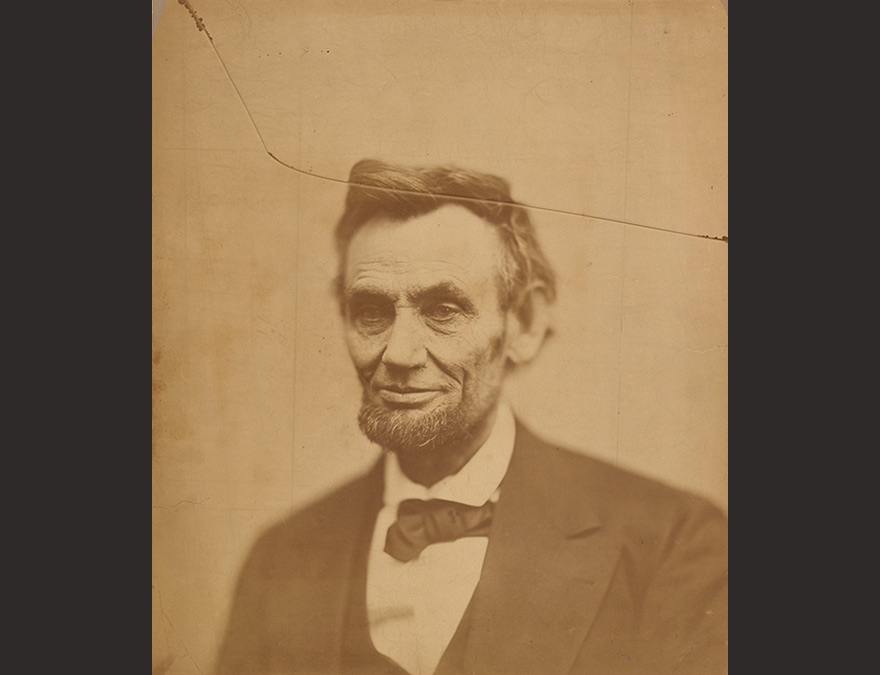 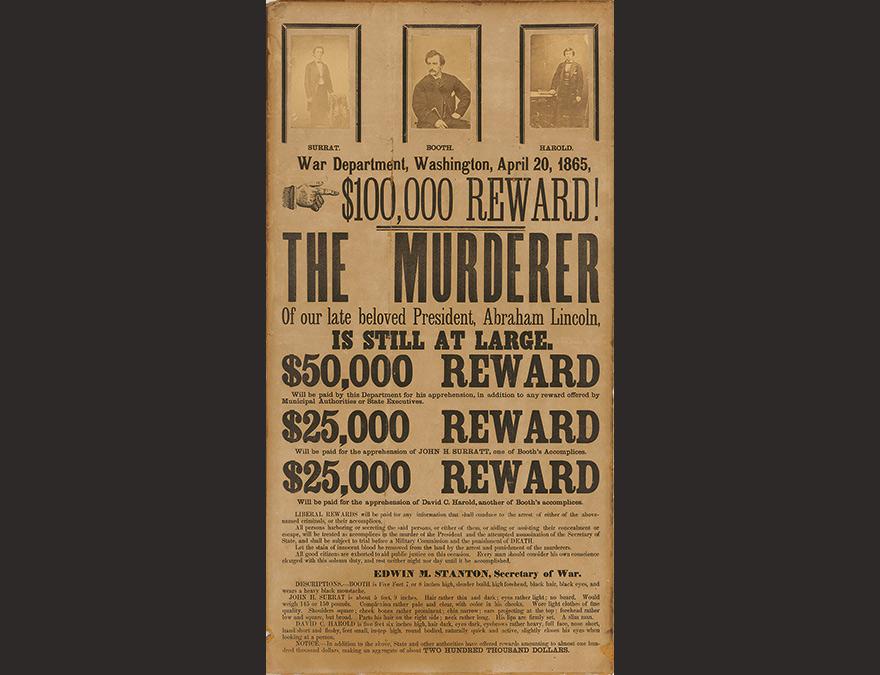 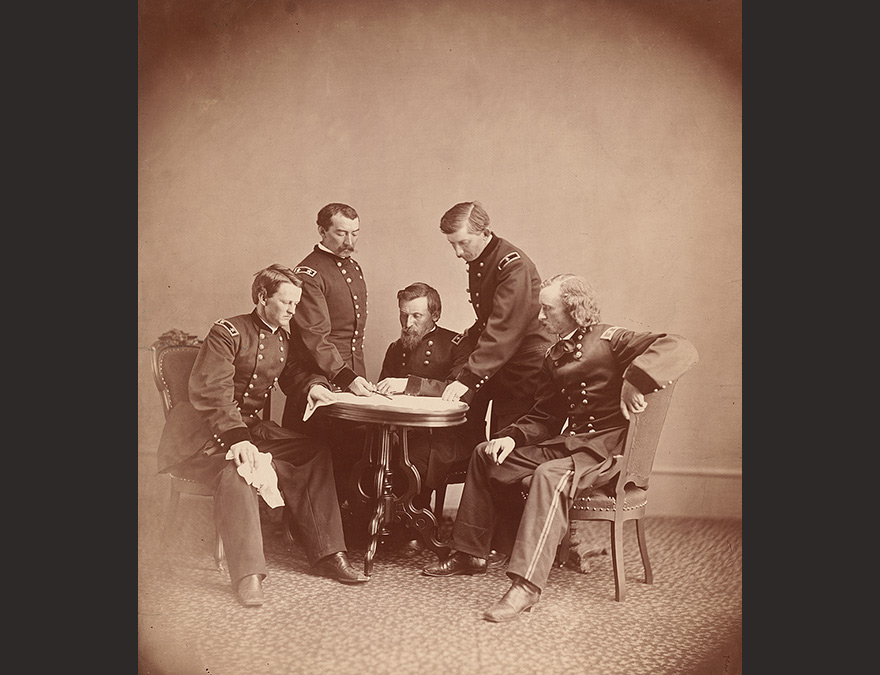 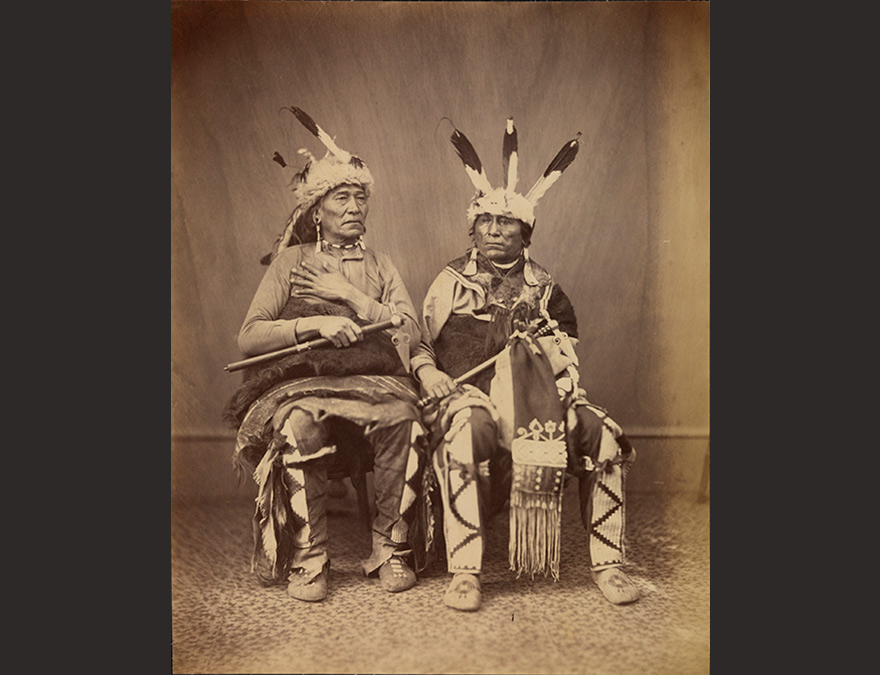 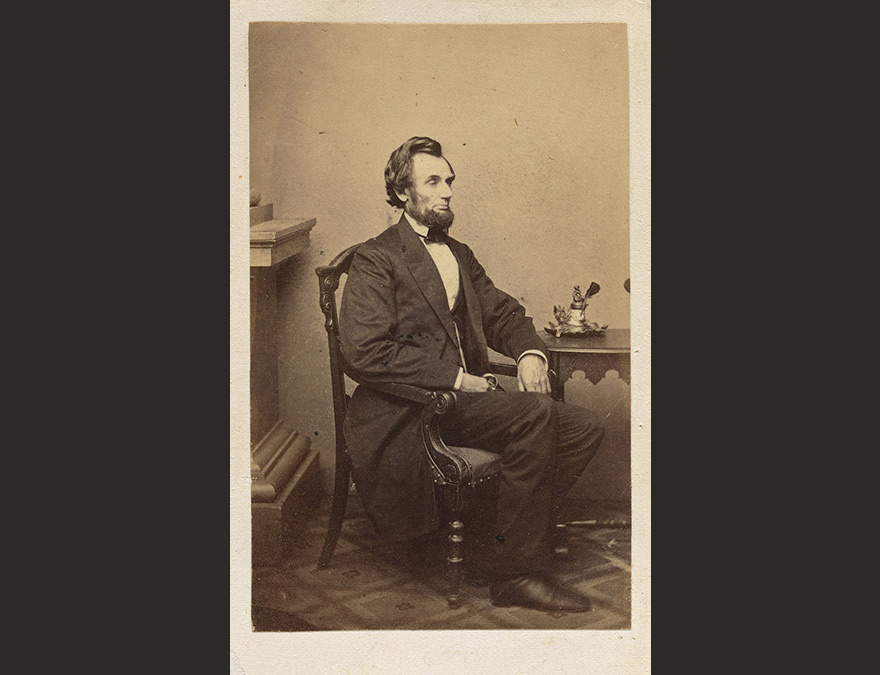 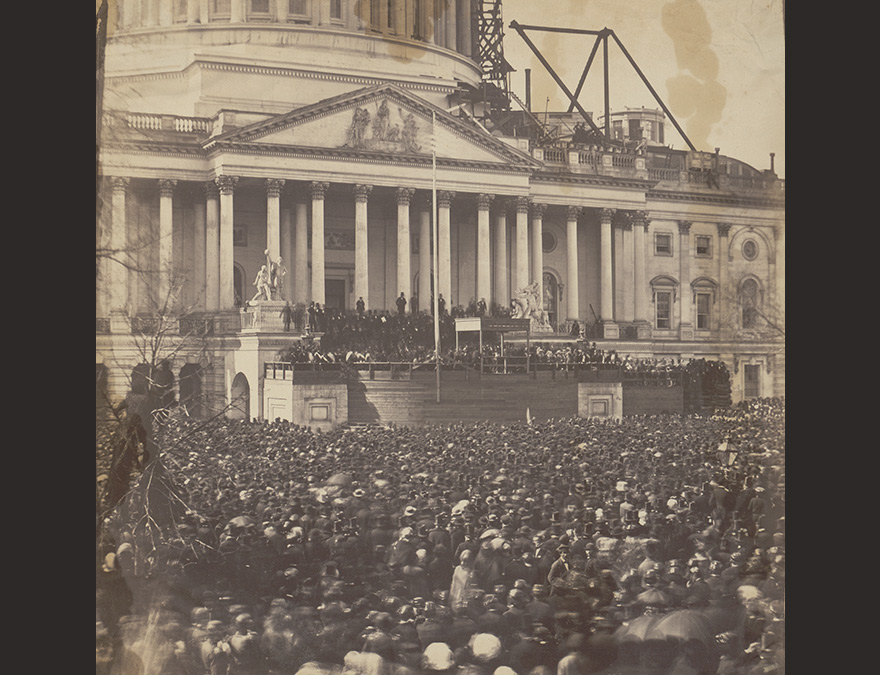 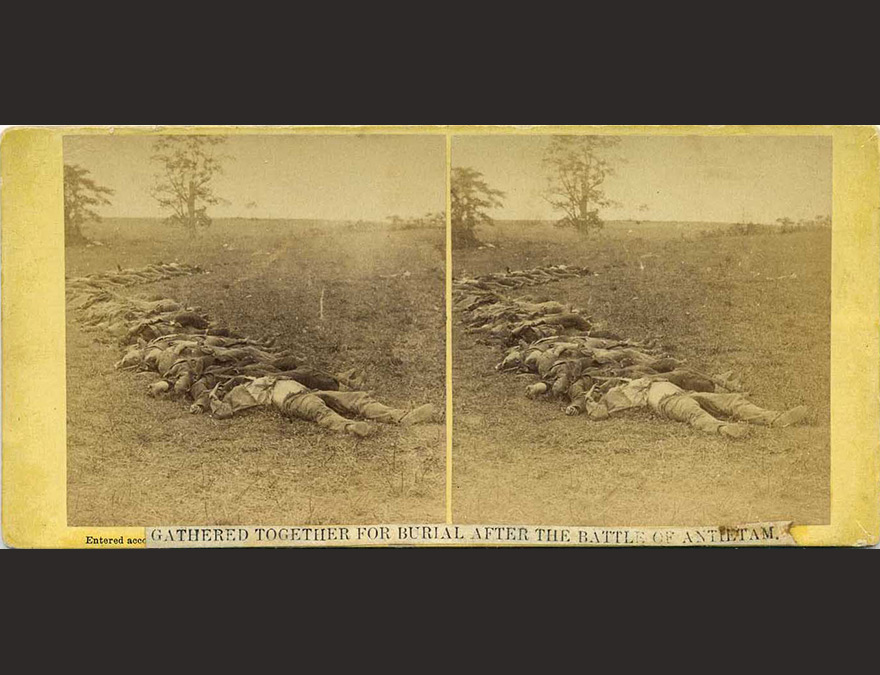 Gathered Together for Burial after the Battle of Antietam / Alexander Gardner (1821 - 1882) / Stereograph (Albumen silver print on stereo card), 1862 / Collection of Bob Zeller 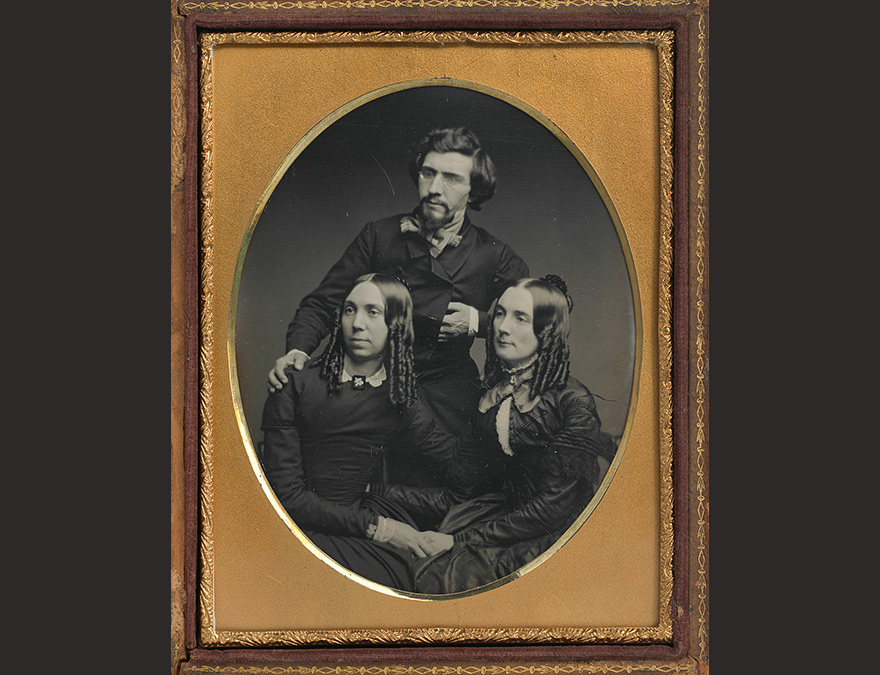 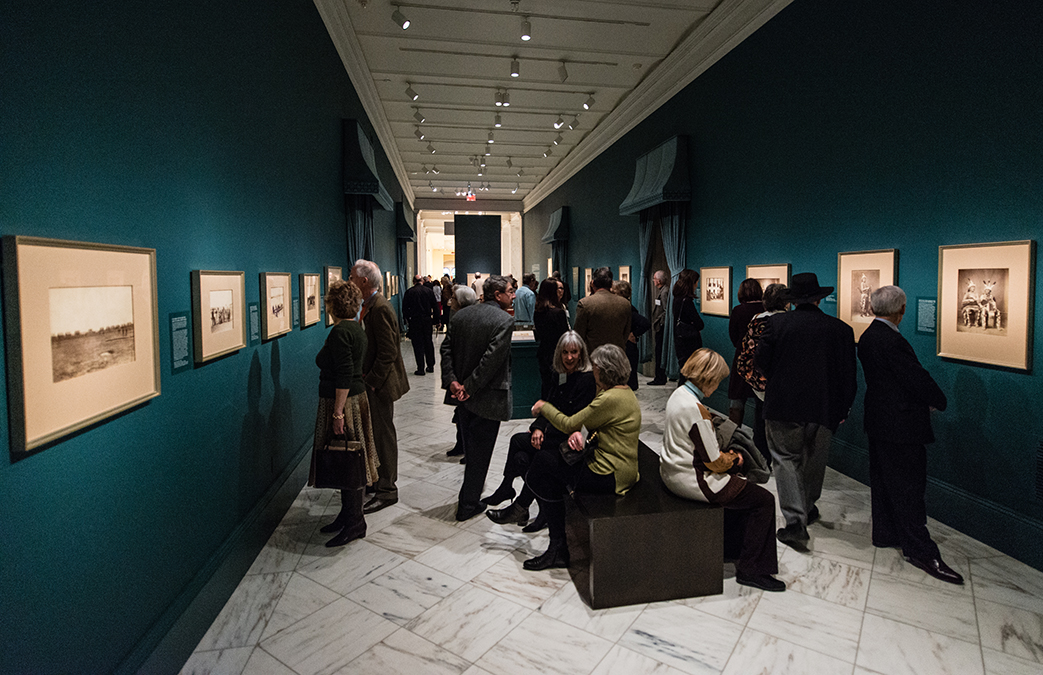