The Smithsonian’s National Portrait Gallery recognizes the life of acclaimed singer and musician Aretha Franklin. Her portrait is installed in the museum’s In Memoriam space on the first floor, and it will remain on display through Aug. 22.

Born in Memphis, Tennessee, in 1942, Aretha Franklin influenced the course of American soul and pop music. With her signature voice—unmistakably familiar for its depth, range and emotional power—Franklin rose to prominence on the American music scene after her first commercial success in the late 1960s. Merging her childhood interests in gospel singing—both of her parents were gospel singers and her father was a renowned preacher—with jazz, rhythm and blues, and pop music, Franklin came to be known as the “Queen of Soul,” belting out a string of early number-one hits, including “Respect” (1967) and “Since You’ve Been Gone” (1968).

Considered to be one of the greatest singers of her generation, Franklin is the winner of 18 Grammy Awards and was the first woman to be inducted into the Rock and Roll Hall of Fame (1987).  In 2015, the National Portrait Gallery honored Franklin with the Portrait of a Nation Prize, timed with her celebrated performance at the inaugural American Portrait Gala for which she performed several of her hits, including “Respect,” “Freedom” and “Chain of Fools.”

In this poster, legendary graphic designer Milton Glaser uses his characteristic kaleidoscope palette and innovative geometric forms to conveys the creative energy of Franklin’s performances. This color lithographic poster was created in 1968, the same year the National Portrait Gallery opened its doors to the public. 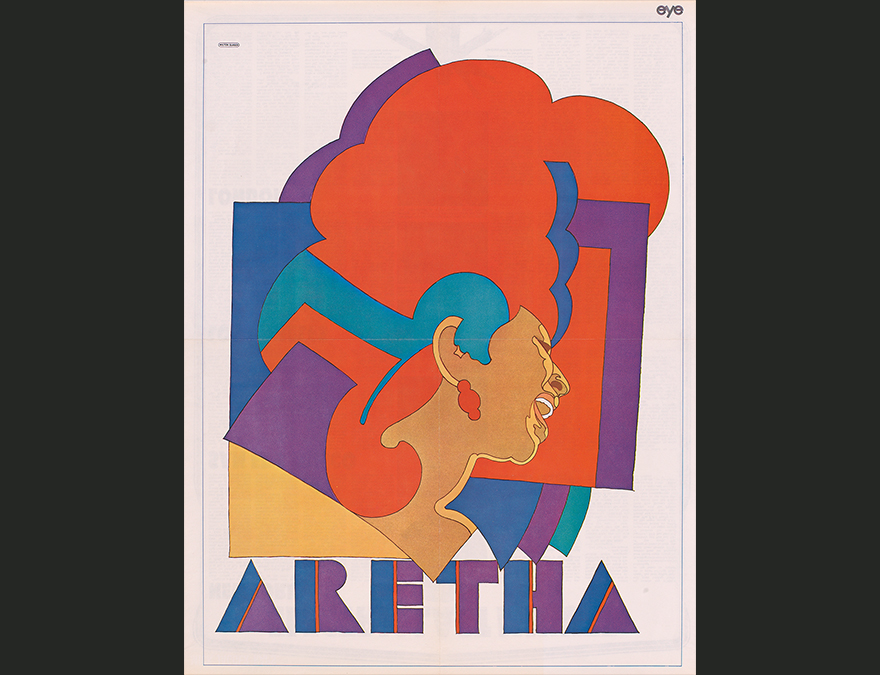 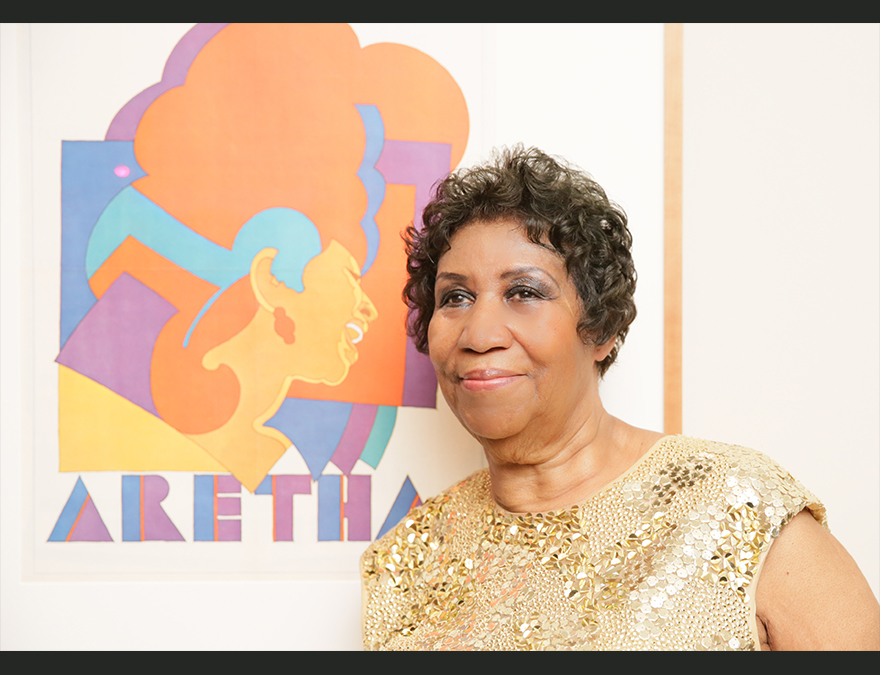 Aretha Franklin with her Portrait. Courtesy of Angela Pham BFA 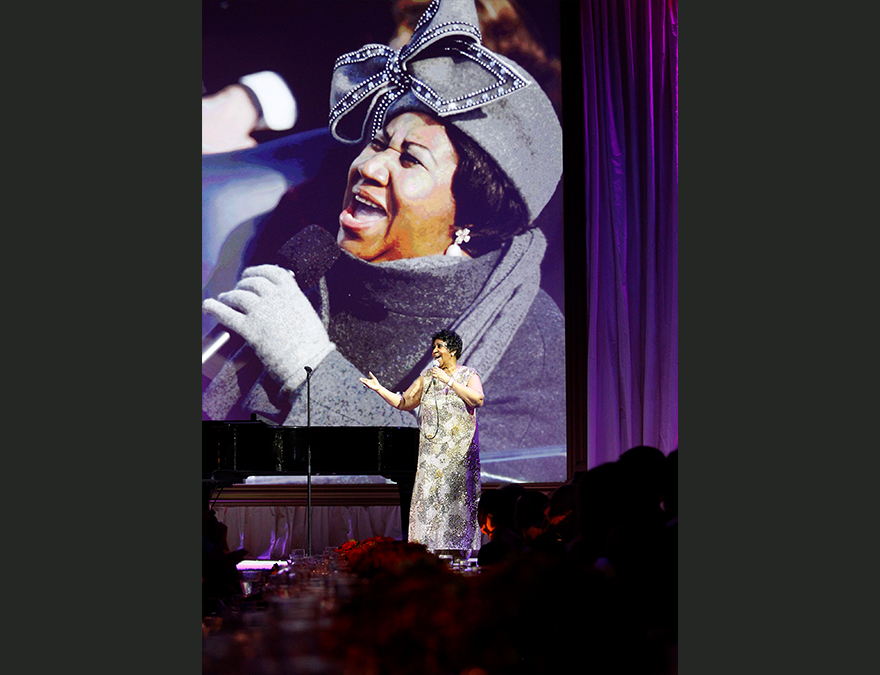 The Smithsonian’s National Portrait Gallery honored Aretha Franklin with the Portrait of a Nation Prize during its inaugural American Portrait Gala in November 2015. The Portrait of a Nation Prize celebrates individuals, whose portraits are in the museum’s collection because of their achievements and exemplary values of bravery, tenacity, creativity, ingenuity and soul. The gala culminated with a musical performance by Franklin, who performed several hits, including “RESPECT,” “Freedom” and “Chain of Fools.” 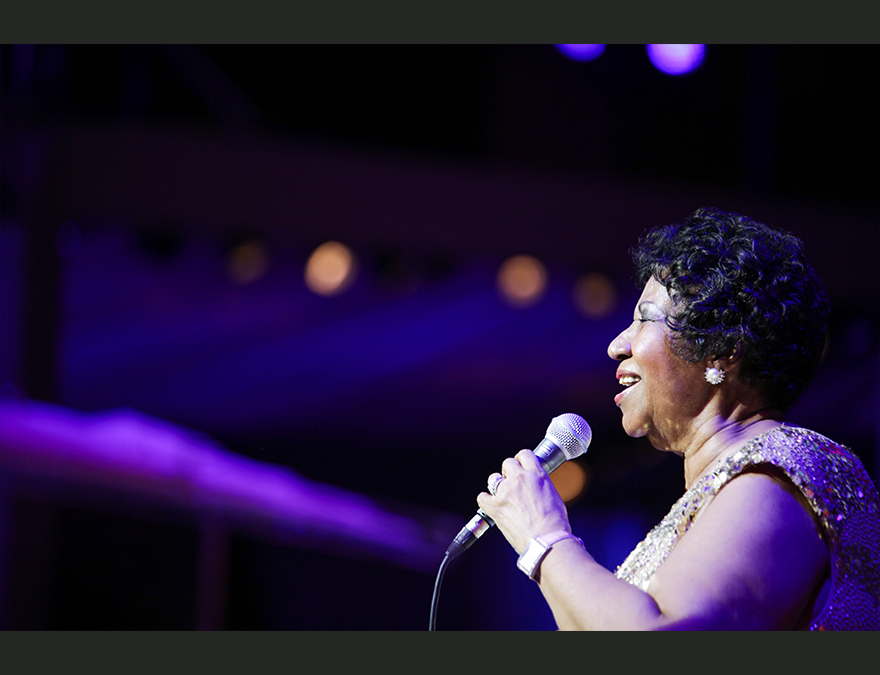 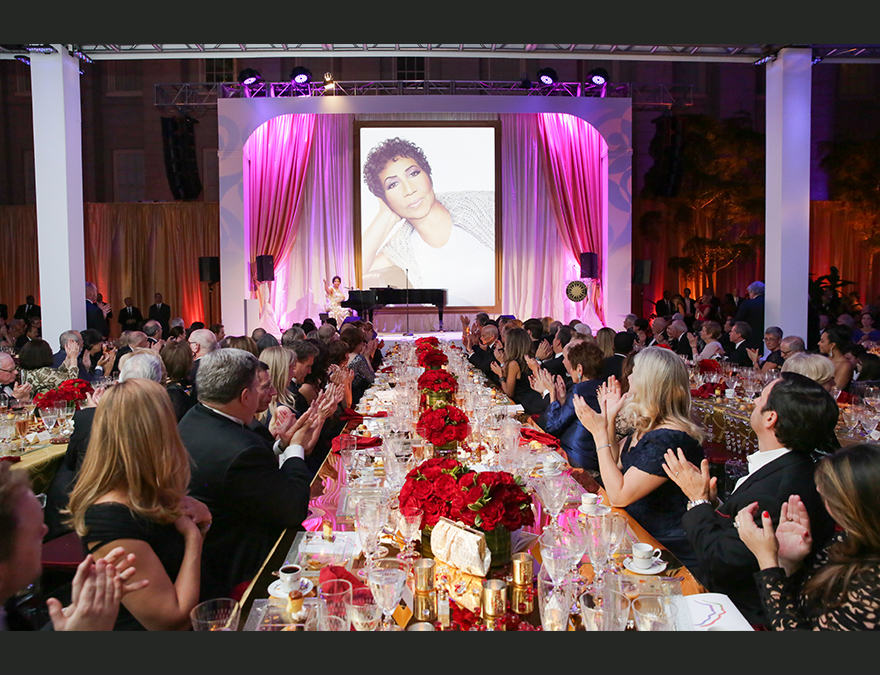 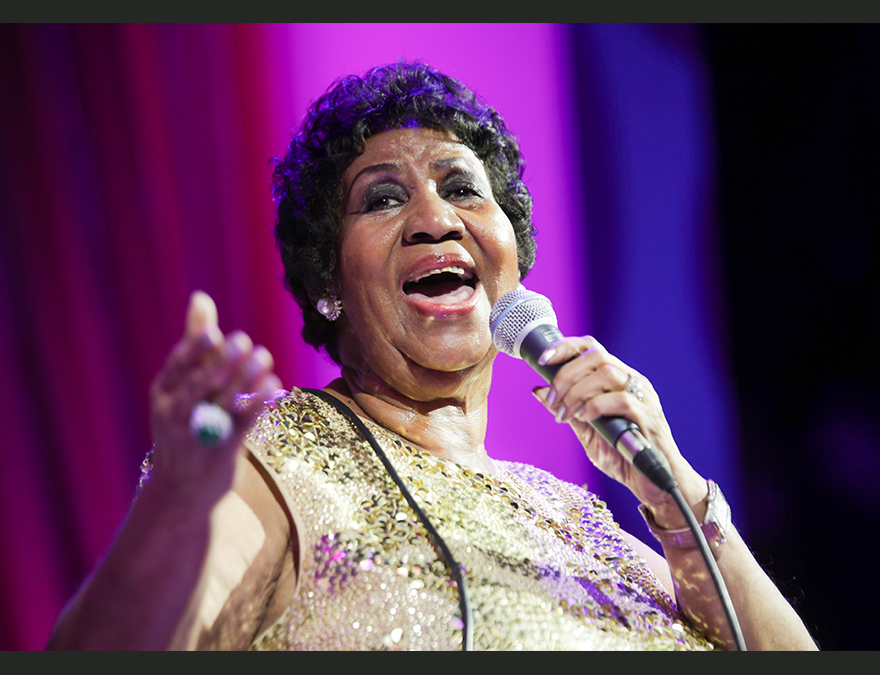