The Atlantic’s Writers at the National Portrait Gallery

History is always changing and evolving depending on who holds the pen.
-- Kim Sajet, Director, National Portrait Gallery

In 1857, a group of writers gathered in Boston to launch a magazine, The Atlantic, that would serve as a strong voice against slavery while also covering politics, literature, science, and the arts. Over time, The Atlantic widened its focus beyond abolition to include racial justice and civil rights more broadly. Many of The Atlantic’s celebrated authors are represented in the National Portrait Gallery, whose mission is to tell the story of the United States through the people who have influenced the nation’s history, development, and culture. “Perspectives: The Atlantic’s Writers at the National Portrait Gallery” is a multi-phased, multi-platform collaboration between the museum and the magazine that explores the history of racial and social justice in the United States from the nineteenth century to the present day.

A virtual tour available online features portraits of significant figures in literature, politics, philosophy, and culture who have contributed to The Atlantic during its long history. Each portrait is accompanied by the voiced commentary of a contemporary Atlantic writer reflecting on the life and legacy of a historical influencer (such as Louisa May Alcott, Frederick Douglass, and Booker T. Washington) or a more recent figure (such as Martin Luther King, Jr. or John Lewis). Through portraiture, biography, and interpretation, the virtual tour highlights individuals who have helped shape the trajectory from abolition to the civil rights era and contemporary social justice movements.

Current writers for The Atlantic reflect on historical influencers such as Louisa May Alcott, Frederick Douglass and Martin Luther King.

“Perspectives: The Atlantic’s Writers at the National Portrait Gallery” is part of a longstanding collaboration between the museum and the magazine. Its launch in 2022 coincides with the reopening of the National Portrait Gallery’s permanent collection exhibition, Out of Many: Portraits from 1600 to 1900, and The Atlantic’s 165th anniversary celebrations.

Out of Many: Portraits from 1600 to 1900” is sponsored by Ann S. and Samuel M. Mencoff and the Terra Foundation for American Art

The Writers
The Atlantic's writers, past and present, featured in Perspectives:

Richard Wright
by Gillian B. White

Louisa May Alcott
by Adrienne LaFrance

Use the QR code to access the self-guided audio tour. 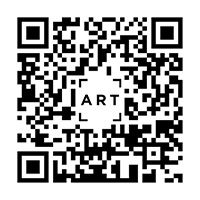