The National Portrait Gallery remains temporarily closed. To view the status of the Smithsonian’s other museums and the Zoo, visit: si.edu/museums.

On any given day the spectacular glass-ceilinged Robert and Arlene Kogod Courtyard is filled with visitors. It serves as a light-filled sanctuary for weary tourists, a welcome place to eat and re-fuel for families, and a dramatic program and performance space both during museum hours and in the evenings. Residents of Washington, D.C. are justly proud of this magnificent public space, and for those visiting the Portrait Gallery for the first time, the undulating canopy elicits surprise and wonder.

In 2004, following an international competition, the Smithsonian announced that a panel of jurors had selected the designs of London–based architects Foster + Partners. Foster + Partners has designed numerous innovative and award–winning projects, such as the Great Court at the British Museum in London and the Reichstag, the New German Parliament in Berlin. The firm's most recent project in the United States is the Hearst Tower in New York City.

The roof is a wavy glass–and–steel structure that appears to float over the courtyard, letting in natural light but protecting visitors from the elements. The double–glazed glass panels are set in a grid completely supported by eight aluminum–clad columns located around the perimeter of the courtyard so that the weight of the roof does not affect the National Historic Landmark building.

The courtyard, which can be viewed from the museums' galleries, accommodates an array of activities, including art–making programs, children's activities, concerts and performances. 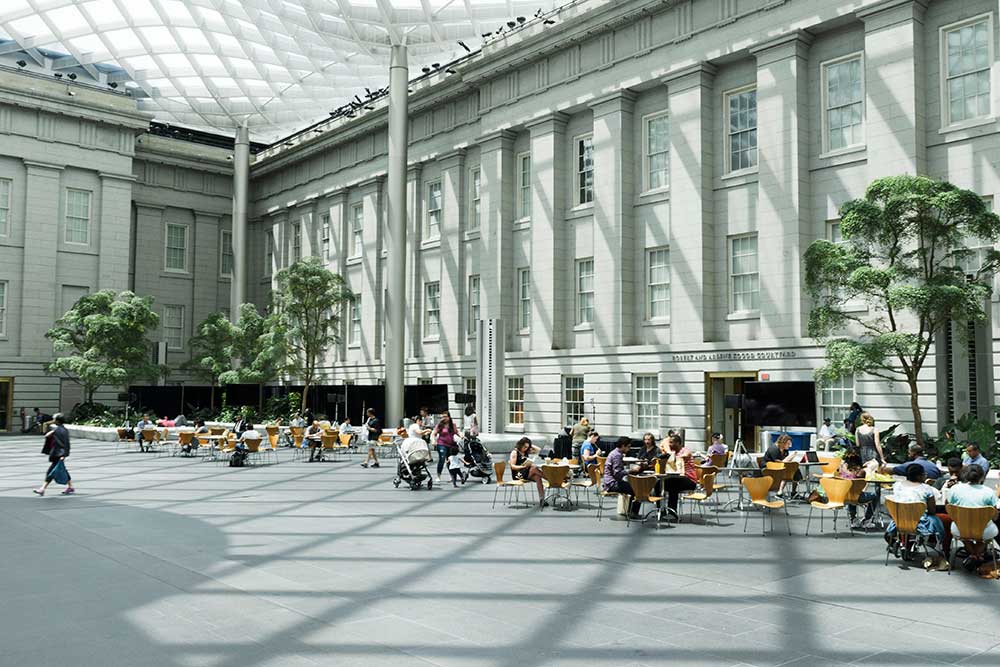 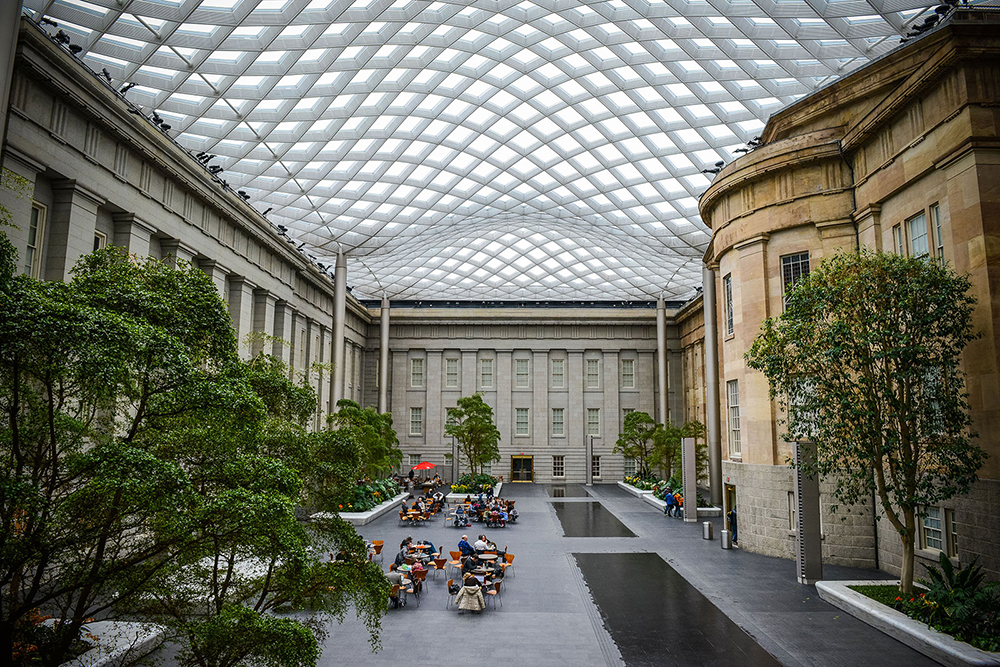 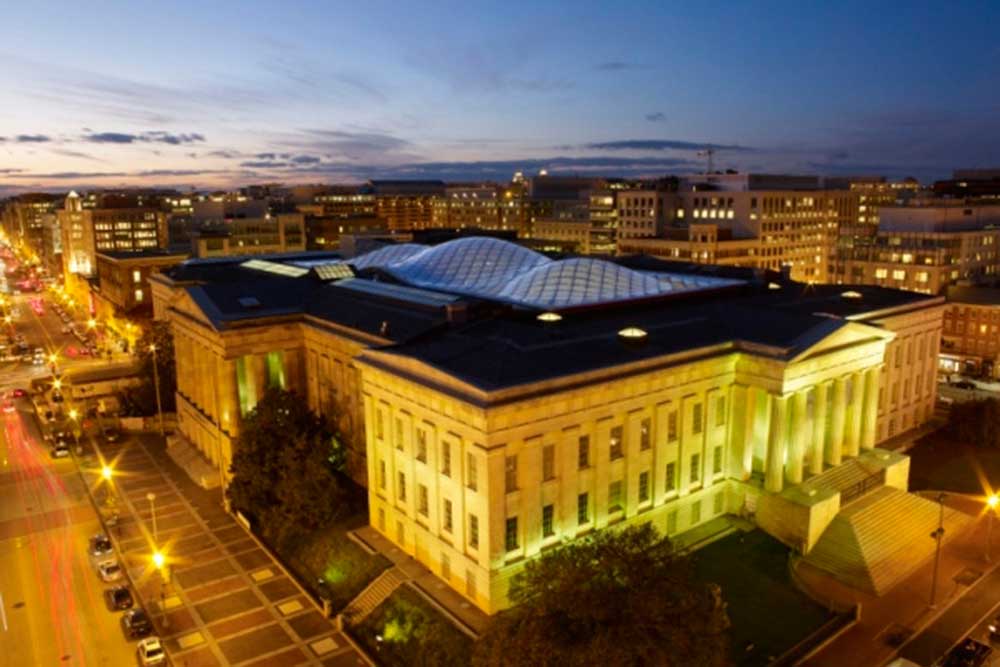 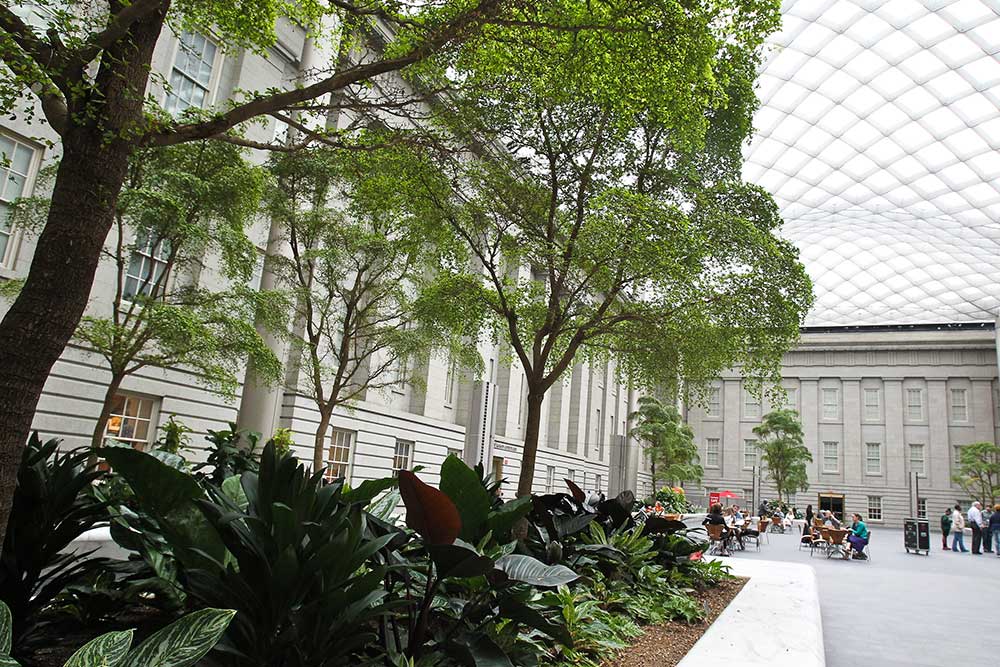 Foster's canopy is distinguished, and it converts a courtyard that was once a spring-and-fall attraction into a year-round, compelling and peaceful public space. If you're meeting someone for dinner, a movie or theater in Penn Quarter -- the neighborhood surrounding the Old Patent Office Building at Eighth and F streets NW -- this is a good, free, sheltered place to do it. At least until 7 p.m., when the museums close.

It is, however, worth seeing the canopy at different times throughout the day. The glass roof is an undulating form, supported by eight slender columns. When the sun is out, it casts a lattice of shadows on the walls of the old building. When it's cloudy, the sky seems farther away, chilly and remote. When the sun is setting, the double-glazed glass filters the light and colors into a watery, otherworldly presence.

Far from detracting from the historic structure, the glass canopy enhances it, drawing out the sandy color and texture of the south wing (the oldest part of the Patent Office, built between 1836 and 1842) and the greenish-gray granite hues of the north wing (finished in 1857). 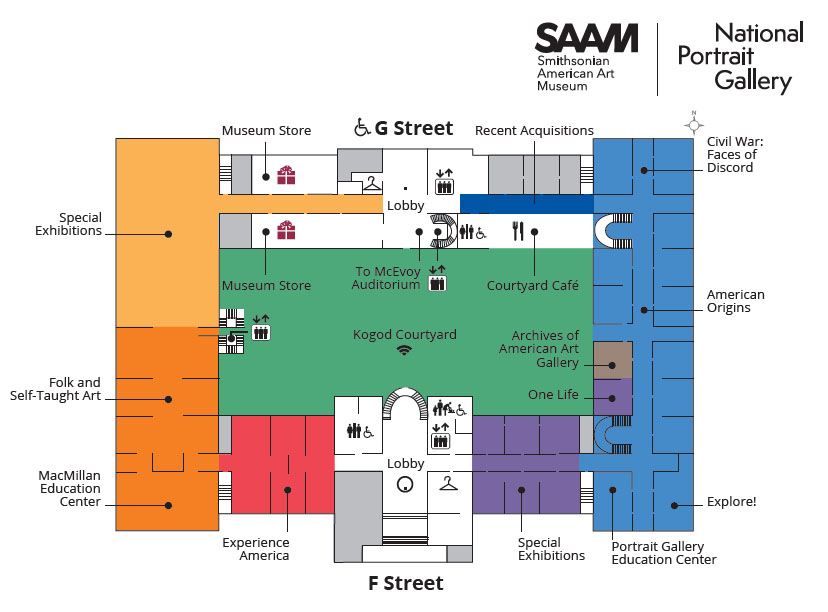