“America Now,” a collaboration of programs jointly organized by three Smithsonian museums, will create spaces for civic engagement and cultural connections under the unifying theme of “participation” since 2016 is an election year. The National Portrait Gallery, National Museum of American History and Smithsonian American Art Museum will present five programs this summer, between May 27 and July 9, designed to engage a variety of audiences in the American experience. To encourage participation in the country’s democratic system, the museums are also partnering with Rock the Vote, a non-profit, non-partisan organization focused on building political power for young people. Rock the Vote will assist all three museums to register voters at the events and to encourage their participation in the election process through volunteering and being informed about the issues.

The National Portrait Gallery will kick off the series Memorial Day weekend, with an evening program Friday, May 27. Events at the National Museum of American History will take place, Tuesday, June 14, Flag Day, and Saturday, June 18. The series will conclude Saturday, July 9, at the Smithsonian American Art Museum. All events with one exception are free and open to general audiences. This second annual “America Now” collaboration on programming is made possible by the support of the Robert and Arlene Kogod Family Foundation. Details are outlined below and at #AmericaNow and s.si.edu/americanow.

Jazz and folk musicians the Leyla McCalla Trio will perform songs from albums Vari-Colored Songs: a Tribute to Langston Hughes (2013) and A Day for the Hunter, A Day for the Prey (2016). McCalla, a Haitian American who sings in French, Haitian Creole and English, also plays cello, tenor banjo and guitar. Her trio includes Daniel Tremblay and Free Feral, who sing and play banjo, guitar and the viola. The evening will be rounded out with DJ Adrian Loving as he spins songs inspired by the American songbook, old and new. Visitors can jump into a photo booth created by the artist collective Manual Cinema. The booth will capture silhouettes of visitors as a memento for the evening.

On Flag Day, June 14, the museum will host a naturalization ceremony in front of the Star-Spangled Banner gallery to mark how America’s democracy is strengthened by the diversity and community of its citizenry. During the ceremony, Smithsonian Secretary David Skorton will present the James Smithson Bicentennial Medal to an American who embodies values based on the diffusion of knowledge.

Visitors can join the museum’s Lemelson Center for the Study of Invention and Innovation for a discussion and performances celebrating go-go and hip-hop music, which developed in Washington, D.C., and New York City around the 1970s and out of similar socioeconomic circumstances.

“America Now: We the Party People”

Inspired by the passionate political participation of 19th-century American youth, the museum will convene “We the Party People,” an after-hours event presented with Brightest Young Things. This non-partisan celebration will explore how Americans have participated in their democracy with lightening talks, political history objects-out-of-storage and much more. For more information on this ticketed and 21+ event, visit http://americanhistory.si.edu/.

“Creativity in a Citizen Democracy”

The third and final program in this exciting series celebrates the ways Americans participate in democracy—through art, music, storytelling and service. The program features performances by D.C. hip-hop artist Tarica June and bluegrass bands Steep Canyon Rangers and Seldom Scene. Inspired by the music, visitors can pick up paint brushes to express what American means to them on a 20-foot community mural, post Instagram photos from around the museum that will stream in a live feed in the Kogod Courtyard, post with artworks from the collection in a photo booth, write letters to active military service members and share information about a favorite American artist by participating in a Wikipedia edit-a-thon. Additional activities are planned and will be added to the museum’s online calendar americanart.si.edu as details are confirmed. 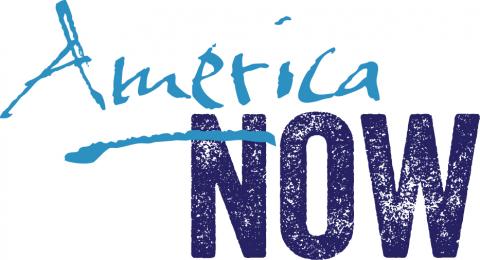 “America Now,” a collaboration of programs jointly organized by three Smithsonian museums
Back to Top