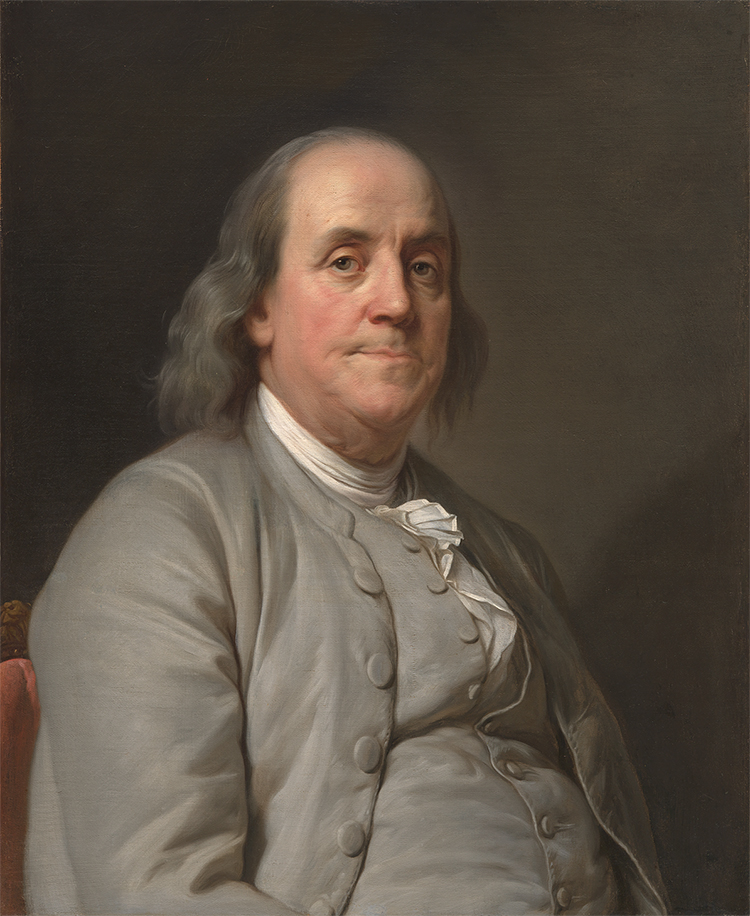 Benjamin Franklin was the most famous American in the world in his day. He was renowned for his scientific accomplishments as much as for his political and diplomatic triumphs. Known as a “natural philosopher,” as scientists were termed in the eighteenth century, he was celebrated for his experiments with electricity and his inventions, notably the wood-burning stove and bifocal eyeglasses. He also reorganized and expanded the American Philosophical Society in Philadelphia and served as a conduit for correspondence between Americans and Europeans who were studying botany, chemistry, physics, and other sciences.

By the mid-1780s, when this portrait was created, Franklin was living outside Paris and representing the interests of the revolutionary American government to the French court. Joseph Siffred Duplessis was the court painter at the time and received commissions from friends and admirers of Franklin to create his portrait. Duplessis helped solidify Franklin’s social and intellectual stature through his paintings. This portrait continues to contribute to the recognition of Franklin, as it is the same portrait printed on the hundred-dollar bill.