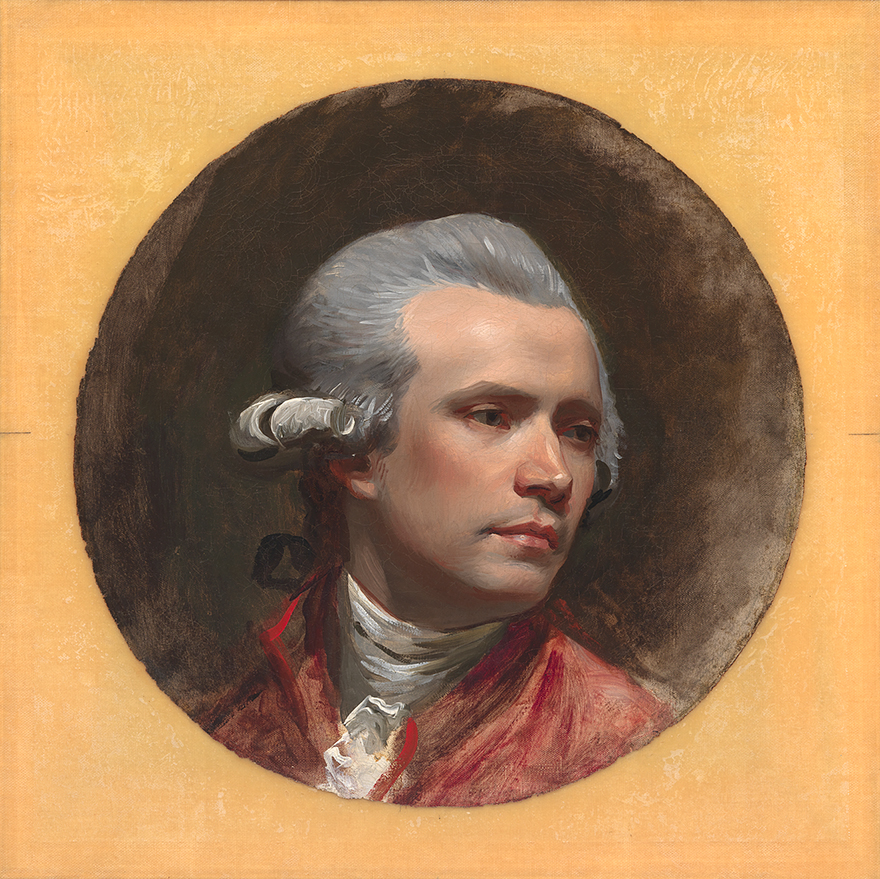 American artist John Singleton Copley is one of the most renowned colonial-era painters. He is known for portraits of important figures such as Paul Revere, John Hancock, and Samuel Adams, as well as for dramatic scenes such as the National Gallery’s Watson and the Shark (1778). Copley spent his early career in Boston, painting meticulous and precise works that reflect the common conventions for colonial painting.

In Boston, Copley was especially impacted by the increased political turmoil in the wake of the Boston Tea Party of December 1773. His father-in-law had been one of the merchants who was supposed to receive the tea dumped in the harbor. This unrest, along with the desire for the esteem and seriousness associated with European art practices, spurred his departure for London in June 1774.

While abroad, Copley began to experiment with history painting, and also adapted the looser and broader brushwork reflective of British styles. Although this self-portrait cannot be dated precisely, it is assumed that Copley painted it after arriving in London. It is his only self-portrait where he does not directly face the viewer. Scholars suggest that Copley created it with the aid of two mirrors, which allowed him to study himself from this particular angle without constantly turning back and forth from mirror to canvas.